Imagine this scenario: Sayid's boss has asked him to manage a large, global team. In this new role, he'll be working closely with people in several different countries. He's excited about the opportunities that his connectedness will present, but he's also nervous about making cross-cultural faux pas.

He knows that cultural differences can act as a barrier to communication, and that they could affect his ability to build connections and motivate people. So, how can he begin to understand these differences and work effectively with people from different cultures?

Learn how to work with teams and co-workers from around the world.

In this article, we'll explore how you can use Hofstede's Six Dimensions of Culture to work effectively with people from a range of cultural and geographic backgrounds.

Psychologist Dr Geert Hofstede published his cultural dimensions model at the end of the 1970s, based on a decade of research. Since then, it's become an internationally recognized standard for understanding cultural differences.

Hofstede studied people who worked for IBM in more than 50 countries. Initially, he identified four dimensions that could distinguish one culture from another. Later, he added fifth and sixth dimensions, in cooperation with Drs Michael H. Bond and Michael Minkov. These are:

Note: in the original version of the book "Long- Versus Short-Term Orientation" was described as "Pragmatic Versus Normative."

Hofstede, Bond and Minkov scored each country on a scale of 0 to 100 for each dimension.

When Hofstede analyzed his database of culture statistics, he found clear patterns of similarity and difference along the four dimensions. And, because his research focused solely on IBM employees, he could attribute those patterns to national differences, and minimize the impact of company culture.

By its nature, a theory like this only describes a central tendency in society. Different organizations, teams, personalities, and environments vary widely, so make sure that you're familiar with cultural leadership, intelligence and etiquette, and do extensive research into the country you'll be working in (our Managing in… articles will help here).

Let's look at the six dimensions in more detail.

This refers to the degree of inequality that exists – and is accepted – between people with and without power.

A high PDI score indicates that a society accepts an unequal, hierarchical distribution of power, and that people understand "their place" in the system. A low PDI score means that power is shared and is widely dispersed, and that society members do not accept situations where power is distributed unequally.

Application: According to the model, in a high PDI country, such as Malaysia (100), team members will not initiate any action, and they like to be guided and directed to complete a task. If a manager doesn't take charge, they may think that the task isn't important.

This refers to the strength of the ties that people have to others within their community.

A high IDV score indicates weak interpersonal connection among those who are not part of a core "family." Here, people take less responsibility for others' actions and outcomes.

In a collectivist society, however, people are supposed to be loyal to the group to which they belong, and, in exchange, the group will defend their interests. The group itself is normally larger, and people take responsibility for one another's well-being.

Application: Central American countries Panama and Guatemala have very low IDV scores (11 and six, respectively). In these countries, as an example, a marketing campaign that emphasizes benefits to the community would likely be understood and well received, as long as the people addressed feel part of the same group.

This refers to the distribution of roles between men and women. In masculine societies, the roles of men and women overlap less, and men are expected to behave assertively. Demonstrating your success, and being strong and fast, are seen as positive characteristics.

In feminine societies, however, there is a great deal of overlap between male and female roles, and modesty is perceived as a virtue. Greater importance is placed on good relationships with your direct supervisors, or working with people who cooperate well with one another.

The gap between men's and women's values is largest in Japan and Austria, with MAS scores of 95 and 79 respectively. In both countries, men score highly for exhibiting "tough," masculine values and behaviors, but, in fact, women also score relatively highly for having masculine values, though on average lower than men.

Application: As we've highlighted, Japan has the highest MAS score of 95, whereas Sweden has the lowest measured value of five. Therefore, if you open an office in Japan, you should recognize you are operating in a hierarchical, deferential and traditionally patriarchal society. Long hours are the norm, and this, in turn, can make it harder for female team members to gain advancement, due to family commitments.

At the same time, Japan is a culture where all children (male and female) learn the value of competition and winning as part of a team from a young age. Therefore, female team members are just as likely to display these notionally masculine traits as their male colleagues.

By comparison, Sweden is a very feminine society, according to Hofstede's model. Here, people focus on managing through discussion, consensus, compromise, and negotiation.

This dimension describes how well people can cope with anxiety.

In societies that score highly for Uncertainty Avoidance, people attempt to make life as predictable and controllable as possible. If they find that they can't control their own lives, they may be tempted to stop trying. These people may refer to "mañana," or put their fate "in the hands of God."

Bear in mind that avoiding uncertainty is not necessarily the same as avoiding risk. Hofstede argues that you may find people in high-scoring countries who are prepared to engage in risky behavior, precisely because it reduces ambiguities, or in order to avoid failure.

Application: In Hofstede's model, Greece tops the UAI scale with 100, while Singapore scores the lowest with eight.

Therefore, during a meeting in Greece, you might be keen to generate discussion, because you recognize that there's a cultural tendency for team members to make the safest, most conservative decisions, despite any emotional outbursts. Your aim is to encourage them to become more open to different ideas and approaches, but it may be helpful to provide a relatively limited, structured set of options or solutions.

This dimension was originally described as "Pragmatic Versus Normative (PRA)." It refers to the time horizon people in a society display. Countries with a long-term orientation tend to be pragmatic, modest, and more thrifty. In short-term oriented countries, people tend to place more emphasis on principles, consistency and truth, and are typically religious and nationalistic.

Application: The U.S. has a short-term orientation. This is reflected in the importance of short-term gains and quick results (profit and loss statements are quarterly, for example). It is also reflected in the country's strong sense of nationalism and social standards.

Hofstede's sixth dimension, discovered and described together with Michael Minkov, is also relatively new, and is therefore accompanied by less data.

Countries with a high IVR score allow or encourage relatively free gratification of people's own drives and emotions, such as enjoying life and having fun. In a society with a low IVR score, there is more emphasis on suppressing gratification and more regulation of people's conduct and behavior, and there are stricter social norms.

Get 30% off membership when you join the Mind Tools Club before Midnight PST, November 30. 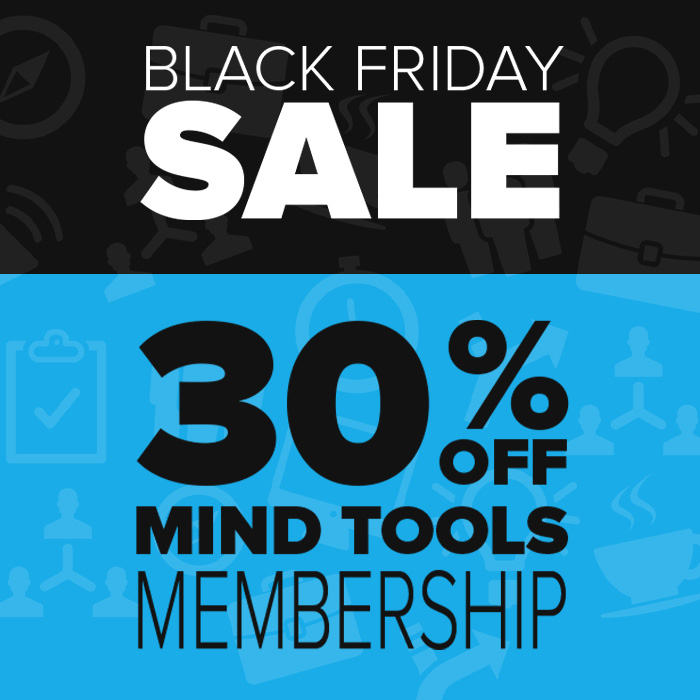 Application: According to the model, Eastern European countries, including Russia, have a low IVR score. Hofstede argues that these countries are characterized by a restrained culture, where there is a tendency towards pessimism. People put little emphasis on leisure time and, as the title suggests, people try to restrain themselves to a high degree.

Visit Hofstede's website for more detailed information about his research.

To reflect upon your personal cultural value preferences, take the Culture Compass. To learn more about cultural fit in the workplace, see our article, Understanding Workplace Values.

Cultural norms play a large part in interpersonal relationships at work. When you grow up in a certain culture, you take the behavioral norms of your society for granted, and you don't have to think about your reactions, preferences and feelings, provided that you don't deviate too much from the central tendency in your society.

However, when you step into a foreign culture, things suddenly seem different, and you don't want to cause offense. By using Hofstede's Cultural Dimensions as a starting point, you can evaluate your approach, your decisions, and your actions, based on a general sense of how people in a particular society might think and react.

Of course, everybody is unique, and no society is uniform, but you can use this model to make the unknown less intimidating, avoid making mistakes, and to provide a much-needed confidence boost when you're working in an unfamiliar country.

Take some time to review your own country's scores, and those of the countries or cultures that you deal with regularly. Think about some interactions you've had with people from those countries. Were you involved in critical events, and do they now make more sense, given your additional insights?

Challenge yourself to learn more about one culture in particular, compare Hofstede's scores with what you discover, and determine their accuracy and relevance for yourself.

The next time you work with a person from a different culture, make notes about your approach, what you should be prepared to discuss, and why you feel the way you do. Also, read specific information about that culture (the "Culture Shock!" books and recommended reading section of this article will help). Afterward, evaluate your performance and carry out further research for next time.

Above all, make cultural sensitivity a daily part of your life. Learn to value people's differences, and how to respect the things that make people who they are.

The source of this article is www.geerthofstede.com and Geert Hofstede, Gert Jan Hofstede, Michael Minkov, "Cultures and Organizations, Software of the Mind", Third Revised Edition, McGrawHill 2010, ISBN 0-07-166418-1. Quoted with permission.

Let Mind Tools help you personally and professionally develop yourself for a happier and more successful life. Get 30% off when you join before Nov 30!

Subscribe to Mind Tools before November 30 and get 30% off! Invest in yourself this Cyber Monday.